Breguet Brand Review By Alexander – Founder and Owner of swissdiverswatches.com

A Review of Breguet’s history 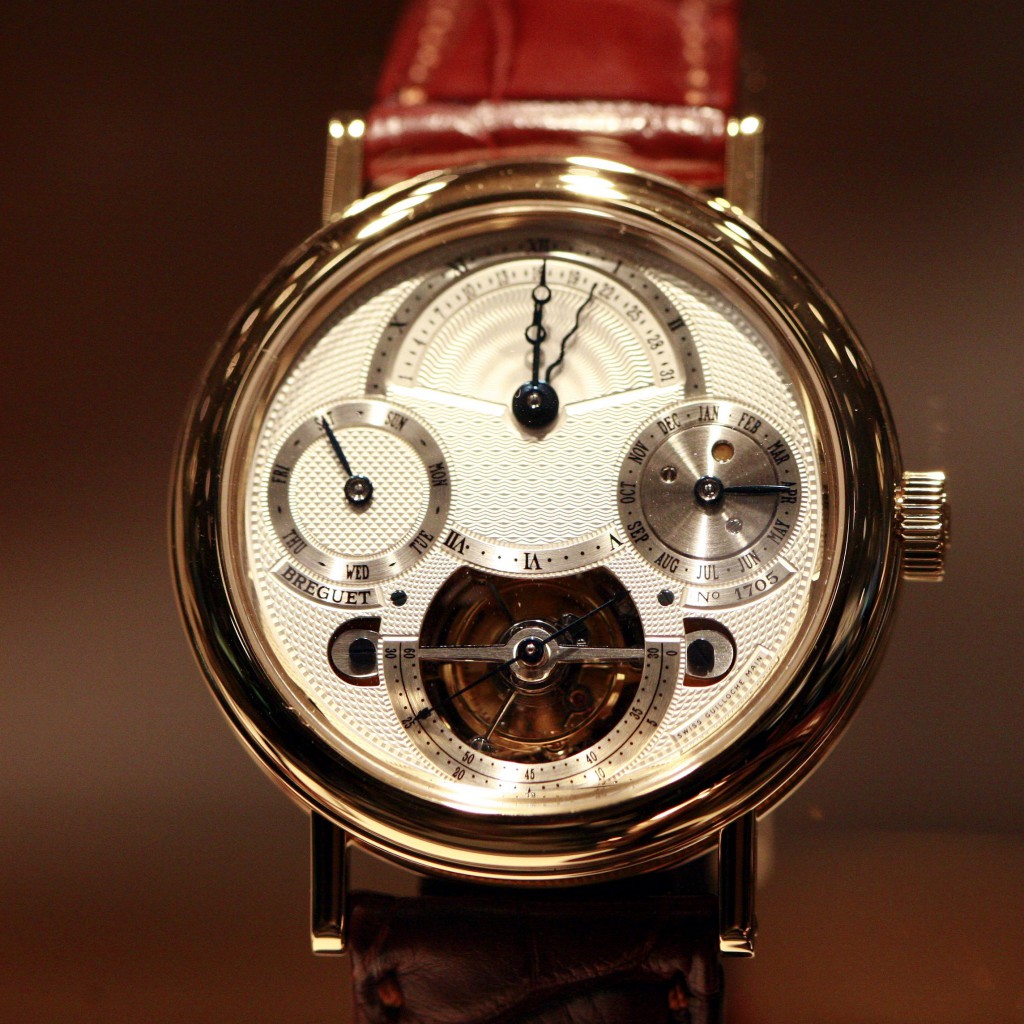 In 1775 Abraham-Louis Breguet founded Breguet in Paris. It’s one of the oldest luxury watch manufacturers in the world. Breguet himsef was born in Neuchâtel Switzerland but he spent most of his productive life in Paris. The origins of the Breguet brand should therefore be considered to be Swiss and French.

The Swiss watchmaker is nowadays a subsidiary of the Swiss Swatch Group, and the timepieces are entirely produced in Vallée de Joux, in Switzerland.

The watch manufacturer became a popular and coveted luxury watch brand among the diplomatic, military, scientific and financial elites of the 19th and 20th century.

Breguet can boast with a long list of inventions and respected patrons in watchmaking history. Below is timeline of Abraham-Louis Breguet, his inventions, and the development of the Breguet company until our days:

A Review of Breguet’s mission

If there truly is one single word that captures the very spirit of what Breguet as a brand stands for, that word would be invention.

Ever since the master watchmaker Abraham-Louis Breguet invented and established the Breguet brand in 1775, the watch manufacturer has been granted numerous patents for several inventions that even the most prestigious and luxurious Swiss watch brands use today and take for granted.

The most famous invention by Breguet is most likely the tourbillon which he received a patent for in 1801.

Breguet has made an everlasting impression on culture and watchmaking and the world of watchmaking simply wouldn’t be the same without the genius and the innovative spirit of Breguet.

A Review of Breguet’s manufacture

Breguet uses in-house made movements. Their watches are handmade just like “The Holy Trinity”, Jaeger LeCoultre and Blancpain.

Breguet uses highly advanced equipment and computers to manufacture the components of the brand’s movements, but relies on master watchmakers and artisans to assemble the movements and the timepieces entirely by hand.

Just like in the old days of watchmaking, Breguet indeed insists that a timepiece must be assembled by hand by a master watchmaker.

What truly characterizes Breguet is the unique combination of innovation, and the mixture of aesthetics and mechanical constraints. Breguet usually uses highly complicated in-house movements and place them in cases with a classic design. This means that their sportier looking watches such as the Breguet Marine and the Breguet Transatlantique Type XX, have indeed a “classic” look to them as well.

A Review of Breguet’s movements

Despite being a wholly owned subsidiary of Swatch Group, Breguet’s watches rely exclusively on Breguet’s in-house made movements – this includes the Marine and Transatlantique Collections, that offer you the divers watches.

A Review of Breguet’s reputation

Breguet’s history dates back to 1775 which makes it an old brand with a proud heritage. The brand was founded by the legendary Abraham-Louis Breguet, who was one of history’s greatest watchmakers. It’s Breguet who invented the tourbillon.

Without a doubt, I’d place Breguet among the top 10 most prestigious luxury watchmakers of all time. Breguet may not be as famous as Rolex, Omega and Breitling, but Breguet is without question, one of the most desirable brands among watch enthusiasts and connoisseurs. 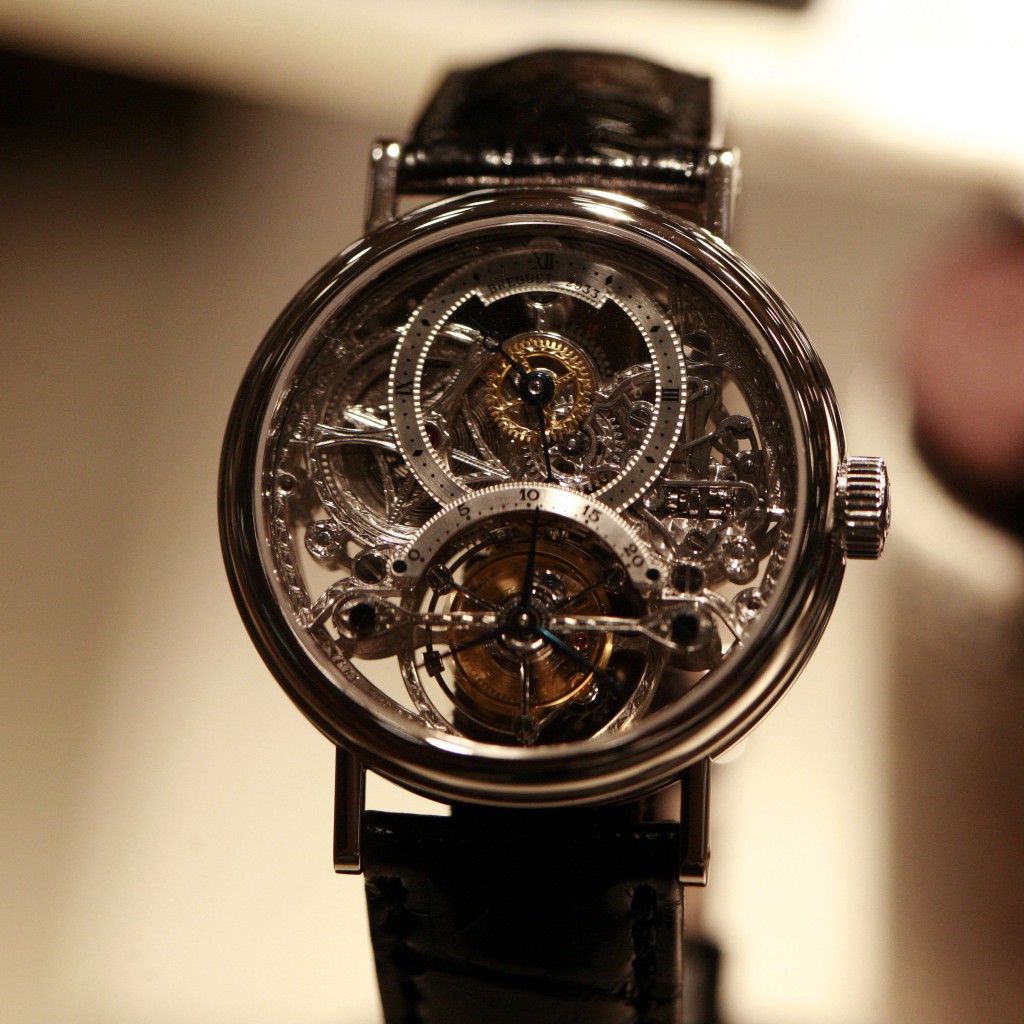 Just like “The Holy Trinity”, Jaeger LeCoultre and Blancpain, Breguet is the epitome of Haute Horlogerie – meaning the high art of watchmaking.

In 1999, under the leadership of former CEO Nicolas G. Hayek, Swatch Group purchased Breguet and revived this somewhat dormant brand, and used the economic and industrial muscles of Swatch Group – the largest single manufacturer of Swiss watches, to improve the brand and use the technical resources and materials to preserve the art of higher watchmaking.

Under Mr Hayek’s leadership, Breguet even developed a double-tourbillon, developed a new movement each and every year and registered more than 77 patents. This level, quality and quantity of horological innovation no doubt made Breguet a yardstick within Haute Horlogerie.

As far as brand comparisons are concerned, Breguet is considered to rank higher in the Swiss luxury watch hierarchy than say Rolex. Rolex is often used as a reference and a yardstick within the Swiss luxury watch industry since it’s the most well known brand. On a personal note: I would personally rank Rolex higher than Breguet, and the reason I mention this is because the luxury watch brand ranking itself is obviously subjective, which some people may or may not agree with.

The major difference in the approach to watchmaking between two highly respectable brands such as Rolex and Breguet, is that Rolex is truly the epitome of horological dependability and reliability – Rolex’s movements are among the most accurate and reliable automatic movements on the market, but their movements are quite simple hard-wearing, durable work horse movements meant to last year after year. Breguet on the other hand represents the high art of watchmaking and makes their movements into a true work of art.

Why opt for Breguet? There are several good reasons for that:

If you want all of these criteria fulfilled, Breguet is most definitely the right choice for you.

However this isn’t the sportiest brand on the market. Tool watches and Breguet watches are each others’ direct opposites. Breguet would most likely appeal to you if you prefer that your watch has a classic and dressy design.

A Review of Breguet’s ranking

My ranking of Breguet: 7th. 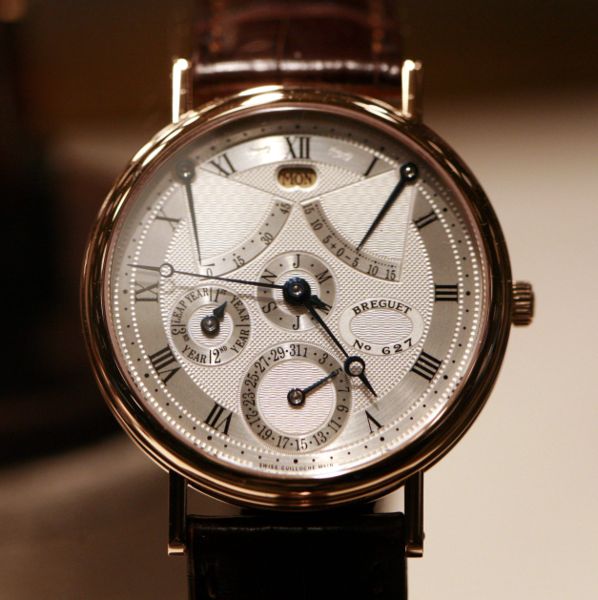