A Review of Baume & Mercier’s history 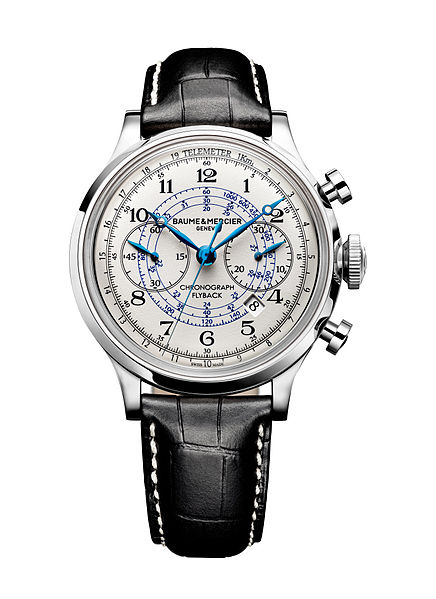 In 1830, Baume & Mercier was founded as “Frères Baume” by two brothers called Célestin Baume and Louis-Victor. They opened a watch dealership in a village called Les Bois, located in the Swiss Jura region in western Switzerland close to the French and German border. Baume & Mercier – originally Frères Baume, grew rapidly as a result of innovations and extraordinary good reputation.

Baume & Mercier has been independent most of its history but has been a subsidiary of the Richemont Group since 1988.

In 1869, Louis Victor already foresaw women’s interest in watchmaking and gave his daughter a gift – a gold pocket watch.

In the late 19th century, Frères Baume (Baume & Mercier) became a highly respected watchmaker. The brand had a market presence in much of the British Empire – territories such as Australia, New Zealand, India, Africa, Burma and Singapore. Frères Baume (Baumer & Mercier) became known due to its grand complication models – including features and functions such as tourbillons, minute repeaters and calendars – and chronographs.

In 1892: Frères Baume was also very well known for the accuracy of their movements. They set several accuracy records. Frères Baume won the precision timing trials arranged by the Kew Observatory near London – and this was just one out of many competitions that Frères Baume won. The competition was won in London in 1892 using a chronometer watch equipped with a tourbillon.

In 1918, Frères Baume became what we know today as Baume & Mercier. William Baume, the company director, founded a partnership with Paul Mercier, in order to found “Baume & Mercier” in Geneva, Switzerland.

In 1919, Baume & Mercier was awarded the “Poinçon de Genève” hallmark of quality – a clear validation of the quality of Baume & Mercier’s craftsmanship.

In the 1920s, Baume & Mercier realized the importance of designing elegant timepieces for women – and this happened in the context of women’s emancipation. In the 1940s, Baume & Mercier launched the Marquise – a legendary and successful model.

Since Paul Mercier joined William Baume – the company director, Baume & Mercier, even till this day, has retained its philosophy of combining elegance of timeless nature with watchmaking mastery.

In the 1950s and the 1960s, Baume & Mercier laid the foundation of what today is considered to be the typical, traditional, round shaped wristwatch.

In the 1950s, Baume & Mercier developed and designed the Clifton Collection, Classima, and Capeland – in which you’ll find Baume & Mercier’s divers watches.

In the 1970s, Baume & Mercier developed the Galaxie and Stardust models – which are known for their innovative shape.

In 1988, Baume & Mercier became a subsidiary of the Richemont Group.

A Review of Baume & Mercier’s mission

The values of Baume & Mercier are:

Ever since Baume & Mercier was established in 1830, the brand has strived for perfection – and nothing less than that. Each and every timepiece is meticulously produced and tested.

A Review of Baume & Mercier’s manufacture

Baume & Mercier thoroughly tests the design quality and production quality of each timepiece. Baume & Mercier is known for its extremely strict testing. Each watch is tested individually.

Each timepiece must exhibit perfection, and if there is the slightest fault in the timepiece or if the timepiece fails rigorous tests – involving vibrations, violent impacts, saline mist, accuracy standards and power reserves- then the timepiece is excluded. Only a Baume & Mercier timepiece which passes all the tests is ready to be shipped to retailers.

A Review of Baume & Mercier’s movements

Baume & Mercier does in fact, to a limited extent, manufacture their own in-house made movements, although most collections within the brand rely on standardized ETA/Valjoux movements or Sellita movements.

These are not in-house movements, and they aren’t a token of higher watchmaking. These are generic and commonly used ETA/Valjoux movements, but they are tested and reliable movements. They absolutely get the job done of keeping and measuring time accurately.

A Review of Baume & Mercier’s reputation

Baume & Mercier is in my opinion an understated brand, which offers you a big bang for your buck, but isn’t very well known. As far as I know, Baumer & Mercier doesn’t have a “bad reputation” – it’s just that most people haven’t heard of this brand.

As far as ranking is concerned, I’d rank Baume & Mercier as the 22nd luxury wristwatch brand in the world.

It’s an old Swiss brand which has been around since 1830, and you can’t be in the business of watchmaking that long unless you absolutely know what you are doing. The age of the brand alone is a token and a proof of the excellence and reliability of Baume & Mercier.

Given the history and the past of Baume & Mercier, starting in 1830, what strikes me is that this brand is a pioneer in watchmaking and has proven its time measuring accuracy and reliability several times, and like many other Swiss brands, lost their independence as a brand, became a subsidiary of a larger conglomerate, and the brand’s fame slowly faded away.

Baume & Mercier may not be the most famous or fancy brand in the Swiss watchmaking industry, but it’s surely a brand worth its price. As a time measuring machine or instrument, there really is nothing wrong with Baume & Mercier.

If you’re looking for a Swiss luxury watch manufacturer offering divers watches in the $2,500-$4,000 price range with tested and reliable movements, Baume & Mercier is definitely the right choice.

If you’re looking for a a more affordable brand you should probably take a look at TAG Heuer, Longines, Alpina, Tissot or Victorinox.

If you, on the other hand, are looking for supreme luxury, where the Swiss luxury watch manufacturer offers divers watches with either in-house made movements, or movements with an unmatched technical brilliance and virtuosity, then Baume & Mercier may not be the brand you’re looking for.

It’s all a matter of perspective. The fact that Baume & Mercier’s Riviera divers watches aren’t using fancy in-house made movements cannot be used against it – for two reasons: first, most Swiss luxury watch brands do not use in-house made movements, and second, several highly respected Swiss brands such as TAG Heuer, Breitling and IWC, actually use ETA/Valjoux movements in several of their models and collections.

All in all, Baume & Mercier is a good and solid brand with tested and reliable movements and an excellent history of watchmaking.

A Review of Baume & Mercier’s ranking 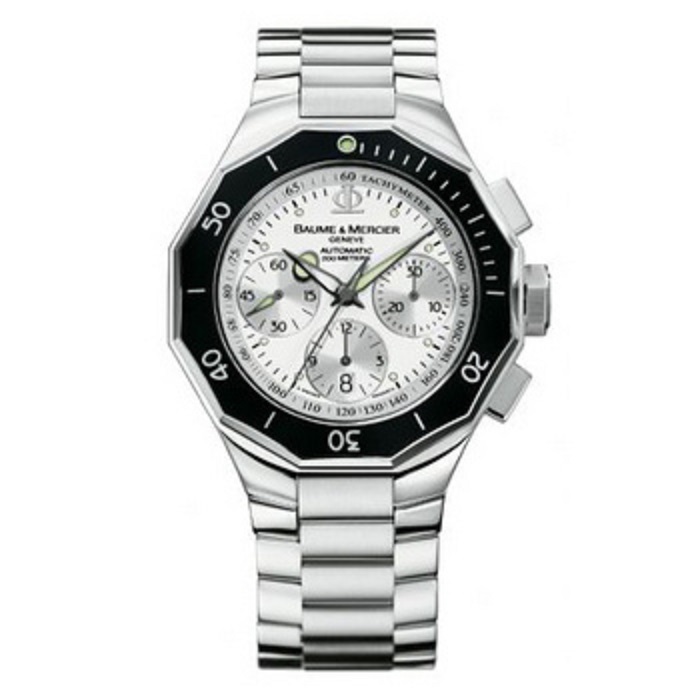