Oris Brand Review By Alexander – Founder and Owner of swissdiverswatches.com

A Review of Oris’ history 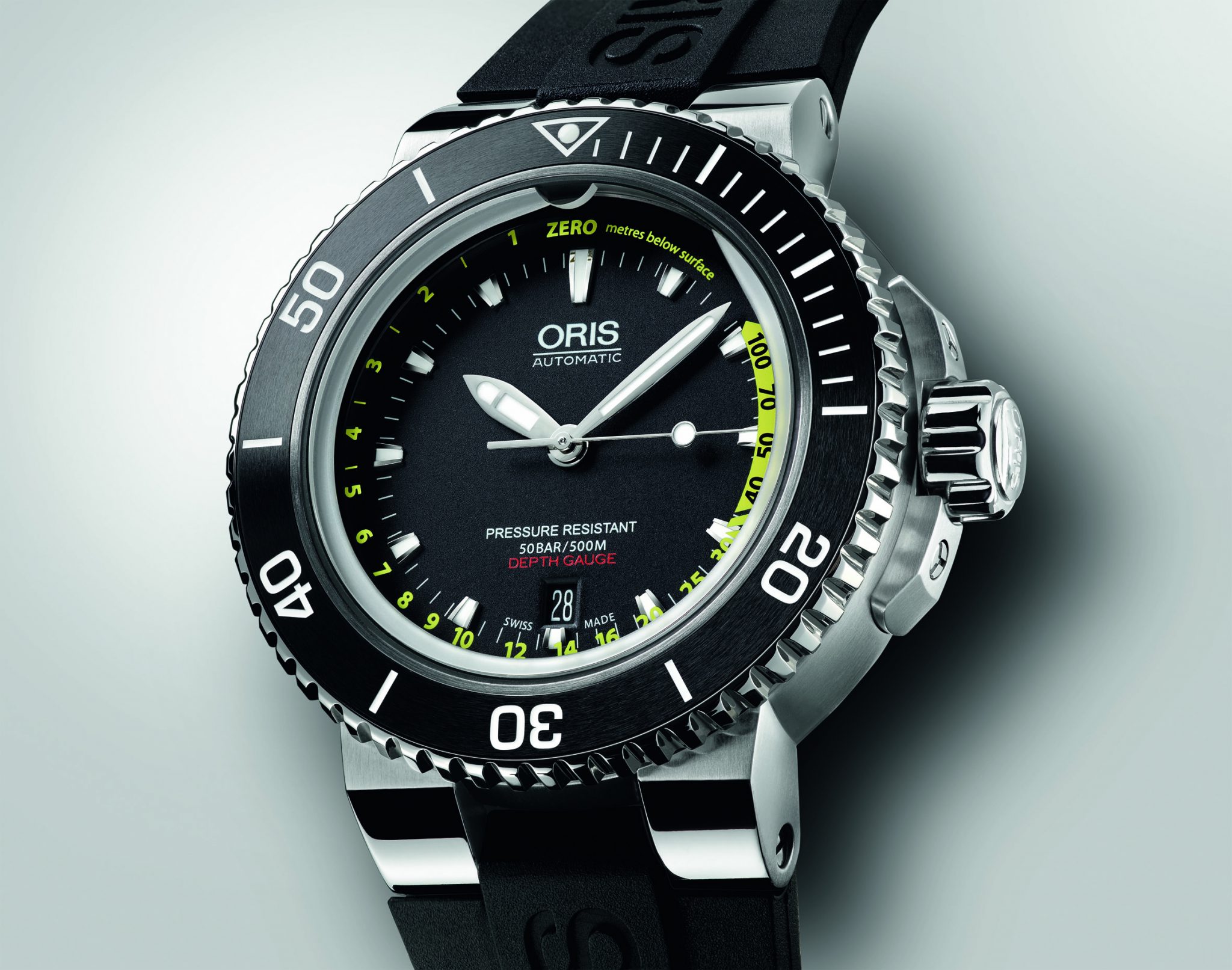 In 1904, Paul Cattin and Georges Christian, established Oris close to Hölstein in Basel-Country in Switzerland. The headquarters of Oris are still in the small Swiss city of Hölstein. Oris is one of very few independent Swiss watchmakers left. 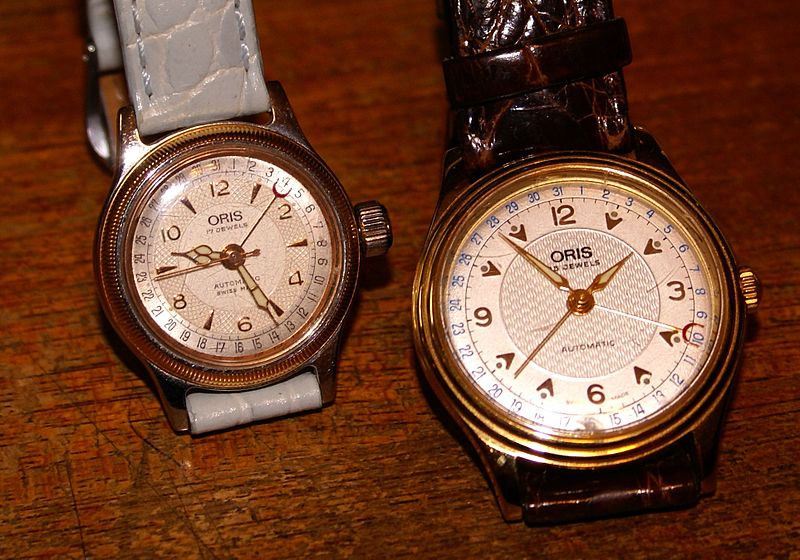 In 1906, Oris opened its first branch in Switzerland.

In 1911, the Swiss watch manufacturer expanded its business and employs hundreds of new workers.

In 1925, the brand opened its first electroplating manufacture. Oris started making quite affordable quality wristwatches and began to sell their watches to new customers in United Kingdom, the British colonies and South America.

In 1927, George Christian died and in 1928, his brother-in-law Oscar Herzog took over the management of the company until 1971.

In 1942, the watchmaker developed a method to harden the brass movements to ensure the watch’s accuracy and durability for several years.

In 1944, the company became famous for the quality of its plating.

In 1949, Oris is increasingly getting involved in manufacturing water resistant watches.

In 1952, the brand released its famous automatic movement 601.

In 1966, Oris began its manufacture of its famous automatic movement 645.

In 1968, the brand was granted a chronometer certificate for its movement 652.

In the early 1970s, the quartz crisis started. Japan invented the affordable, cheap and reliable quartz movement and many traditional Swiss watch manufacturers – who were manufacturing automatic/mechanical movements – soon went bankrupt. Oris decided for financial reasons to sell many of its shares to ASUAG Holding – which today is part of the Swatch Group. Oris’ manufacture was limited to manufacturing and selling strictly cheap watches. Despite low production expenses, Oris was hit hard financially.

In the early 1980s, Oris made a comeback, through a management buyout.

In 1984, a certain Oris Collection made a comeback: the Oris Pointer Date Calendar. Despite the quartz crisis in the 1970s, the world and indeed the Japanese themselves, are still interested in mechanical watches. Oris decided to focus more on expensive mechanical watches.

In 1996, the luxury brand launched its Oris Jazz Collection.

In 1997, the watchmaker released its famous movement 690.

In 1998, Oris decided that the form and shape of their watches would become a top priority. The logic was that the function that would determine the form. The same year Oris launched a full steel collection.

In 1999, the watch producer launched the BC3 Pilot’s Watch with a distinctly sporty look. 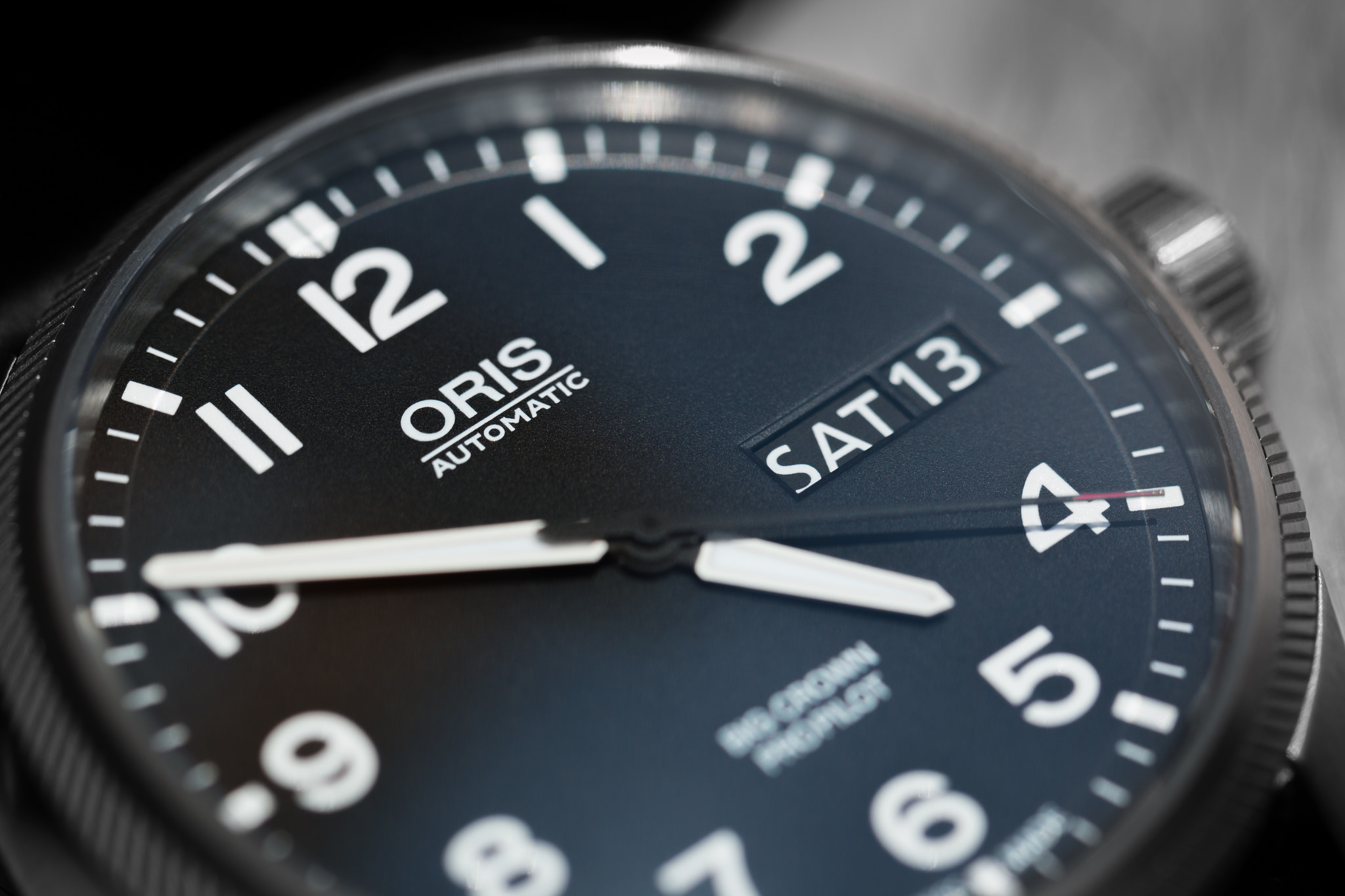 In 2000, Oris paid homage to Louis Armstrong with an Oris Jazz Watch in a limited edition. The same year, Oris released the Oris XXL Collection.

In 2003, the luxury brand became the official timekeeper of the BMW Williams Formula 1 Team.

In 2006, Oris became a partner of the Venezuelan freediver/world-record diver Carlos Coste. He became a spokesperson for the Oris brand.

In 2008, the company released the Oris BC4 Flight Timer Pilot’s Watch. It offers a compass and three time zones.

In 2009, the watch producer introduced and applied for a patent for its Oris Rotation Safety System, which is a safety system used for the bezels on Oris’ divers watches.

A Review of Oris’ mission 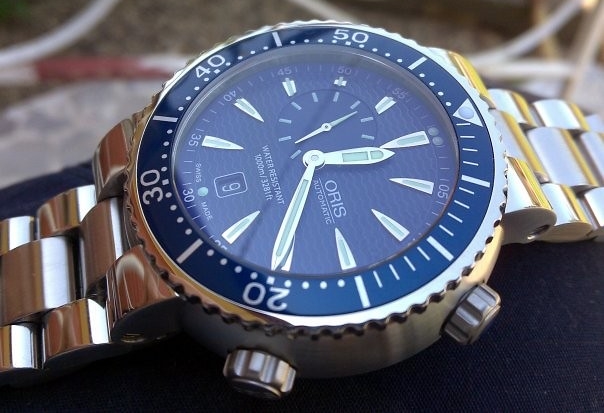 Oris’ mission is to manufacture and offer only mechanical watches, at affordable prices.

According to Oris, they have never made a single battery driven watch, and they never will. Oris’ designs are practical and functional and made for daily usage.

A Review of Oris’ manufacture 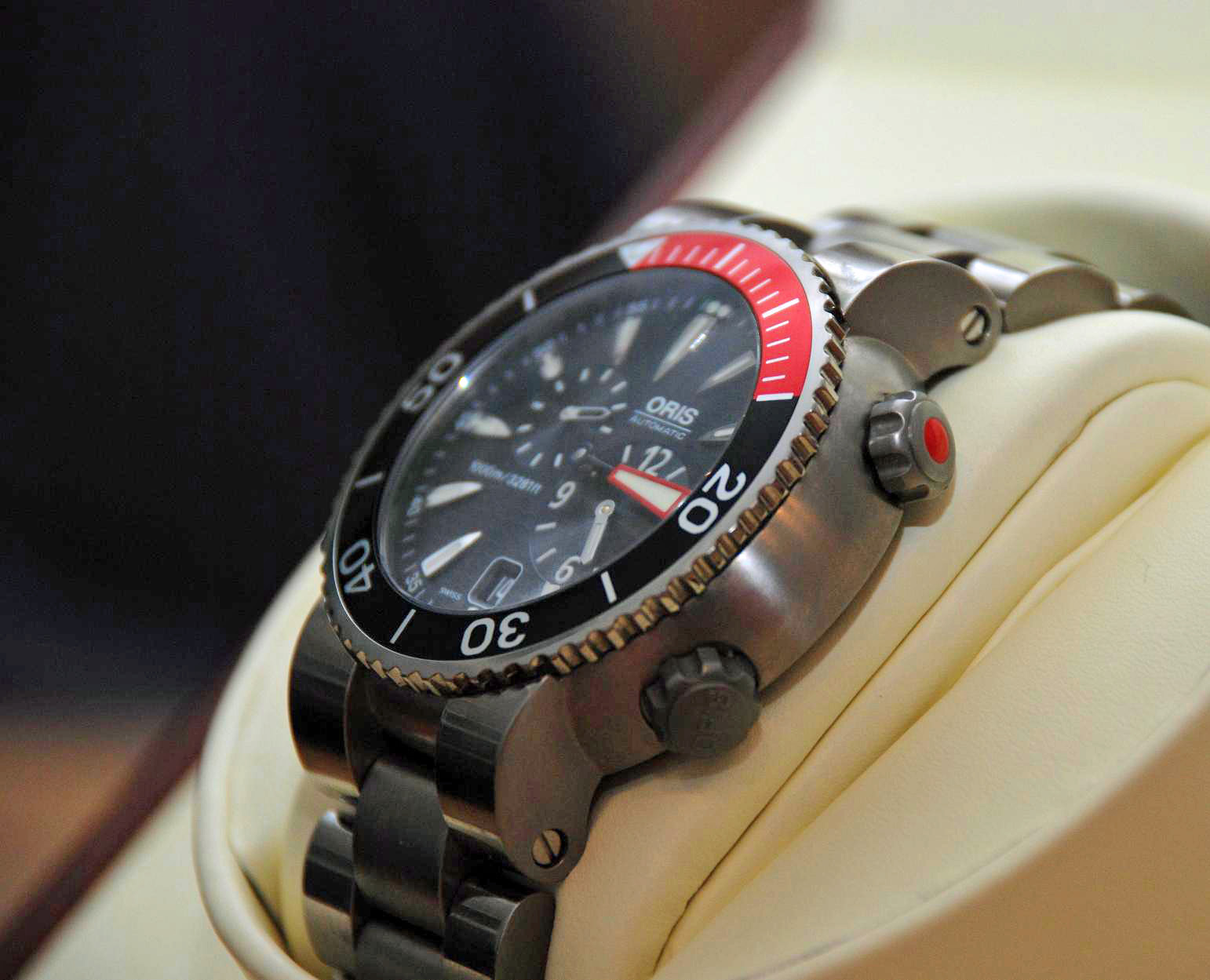 Oris is a fully, and 100% independent watch manufacturer, and is directly run by its owners. Very few Swiss brands are still independent. Only a handful of Swiss brands, such as Rolex, Breitling, Audemars Piguet and Patek Philippe, are truly independent.

Oris only makes automatic/mechanical watches. Oris’ watches and movements must pass through exacting and demanding tests before they are sold to watch retailers around the world.

Despite Oris’ independence, the brand relies heavily on other organizations making their movements.

Oris’ watches are sturdy, robust, practical, and made for everyday use, and are characterized by their bulky build, and red colored rotor fitted inside their automatic movements.

A Review of Oris’ movements 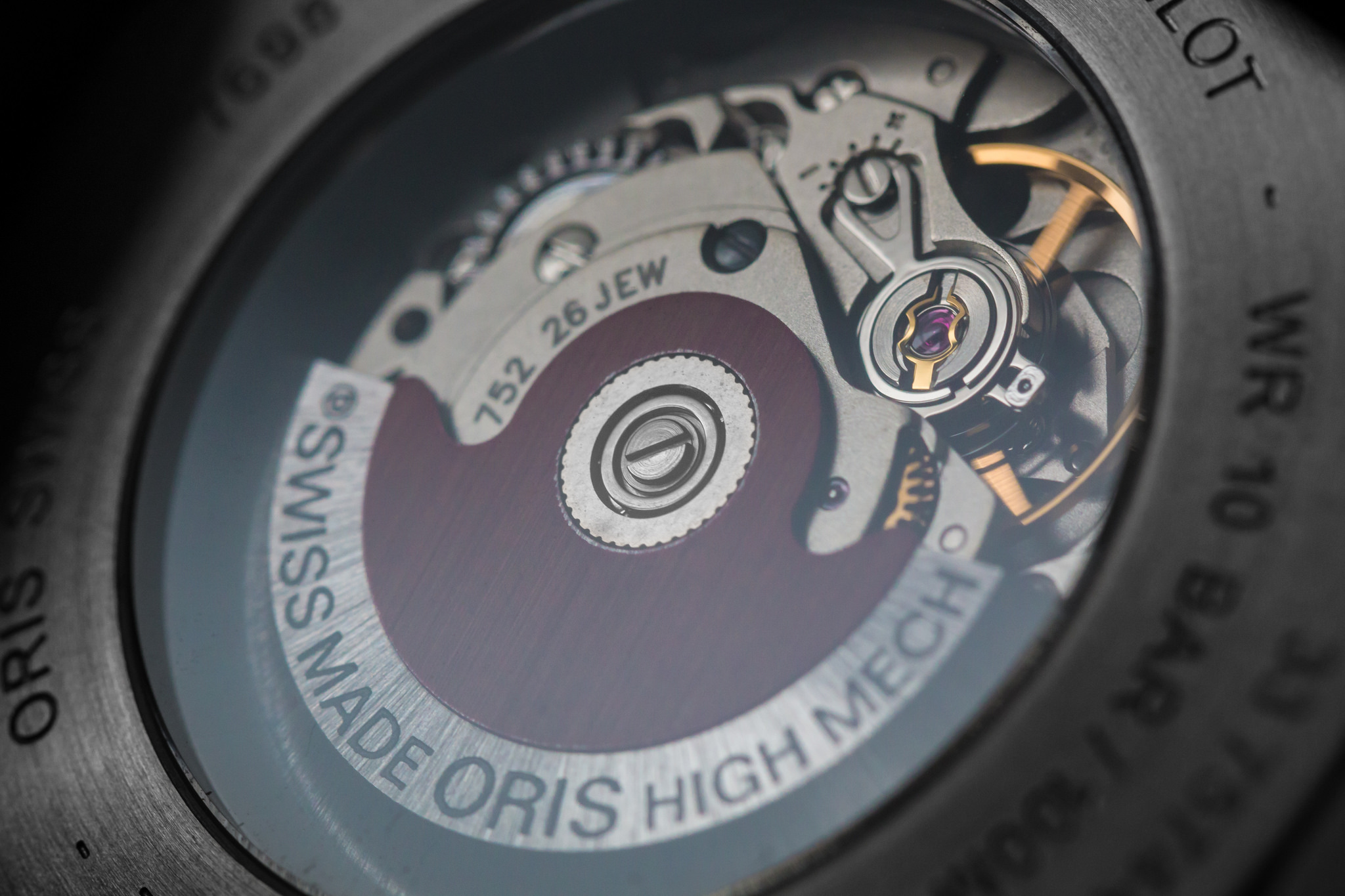 In 2014, Oris started making an in-house made movement called Calibre 110. But, to be perfectly honest, most Oris collections either utilise Sellita or ETA/Valjoux movements.

These are simple, robost, reliable and accurate movements – but in all honesty – no higher end movements. They aren’t in-house made, and they aren’t examples of fine watchmaking or higher watchmaking. They are practical and reliable performance machines.

A Review of Oris’ reputation 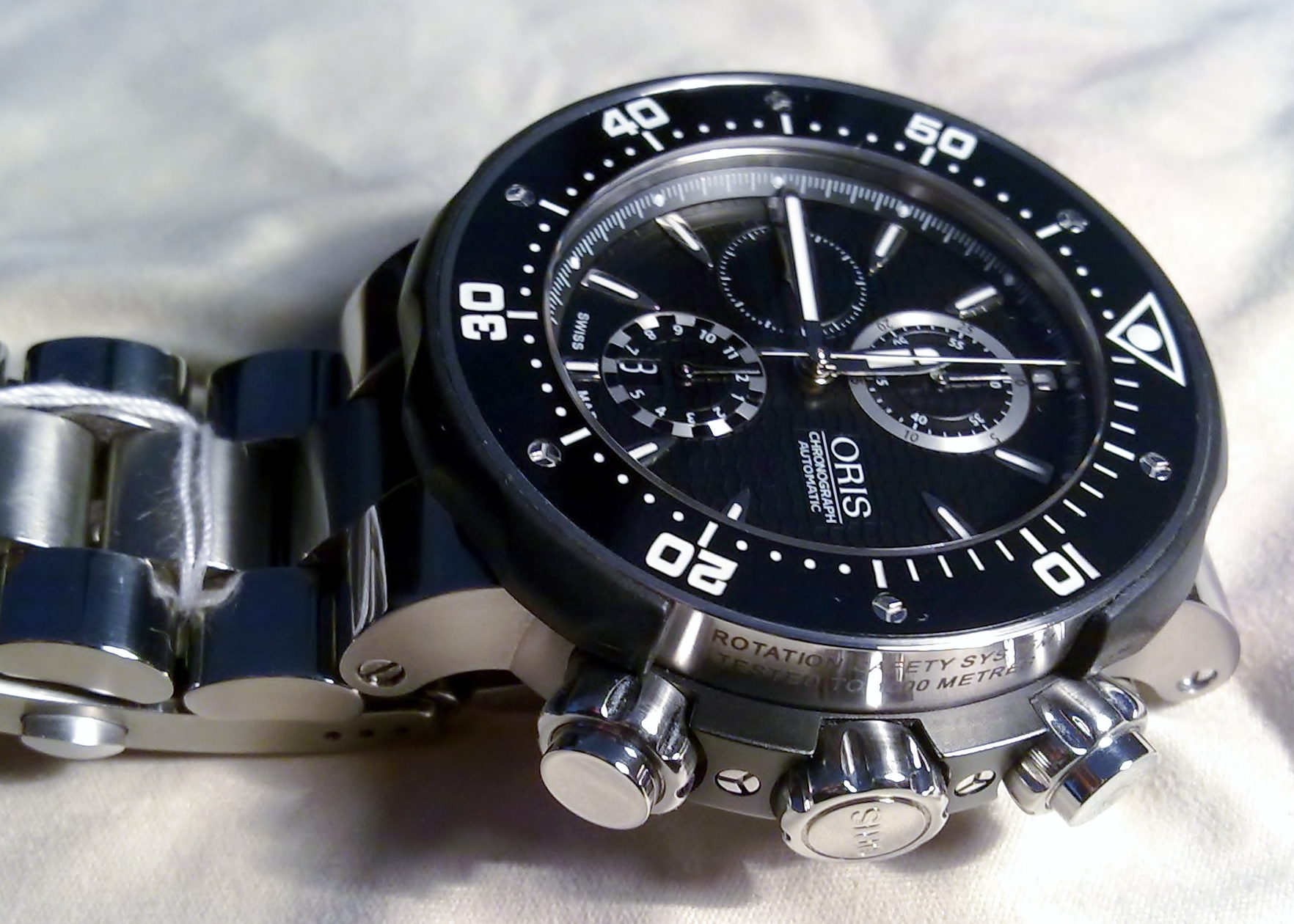 The very first thing that comes to my mind when I hear the brand name Oris, is extreme divers watches. Oris manufactures divers watches – a lot of them!

Oris has a good and decent reputation and it’s one of very few independent Swiss watch makers left. The brand has existed since 1904. Oris’ watches are available at retailers across the world. Oris is quite famous and popular among many watch enthusiasts and connoisseurs because it’s an affordable brand (everything is relative – of course!) that offers automatic/mechanical movements. Usually you have to spend a lot more to get a Swiss automatic/mechanical Watch.

I would probably place Oris in the same price and prestige category such as TAG Heuer, and Longines.

If you want a Swiss luxury watch brand and manufacturer which is:

Let’s see Oris for what it is: it’s not Rolex and Omega, and it doesn’t imitate Rolex and Omega either. Oris isn’t trying to be Rolex or Omega. Oris is Oris. This brand is proud of its identity and offers relatively affordable watches.

The reason why Oris is so affordable is because it mainly utilises the Sellita SW200 movement procured from Sellita. Sellita is a more affordable alternative to Swatch Group’s ETA/Valjoux movements, and procuring movements from a third party means that the watch manufacturer doesn’t need to take upon themselves the financial burden of manufacturing their own movements. Oris rarely makes their own movements. That makes the brand less prestigious – for sure – but it also significantly reduces the cost!

What I really like about this brand – except for its relative affordability and mechanical movements, is that you can spend somewhere between $1,000-$2,000, and get a divers watch with a water resistance ranging from 500 meters to 1000 meters!

Oris produces among the coolest looking combined divers and tool watches ever made!

It’s easy to see just why Oris is so popular!

A Review of Oris’ ranking 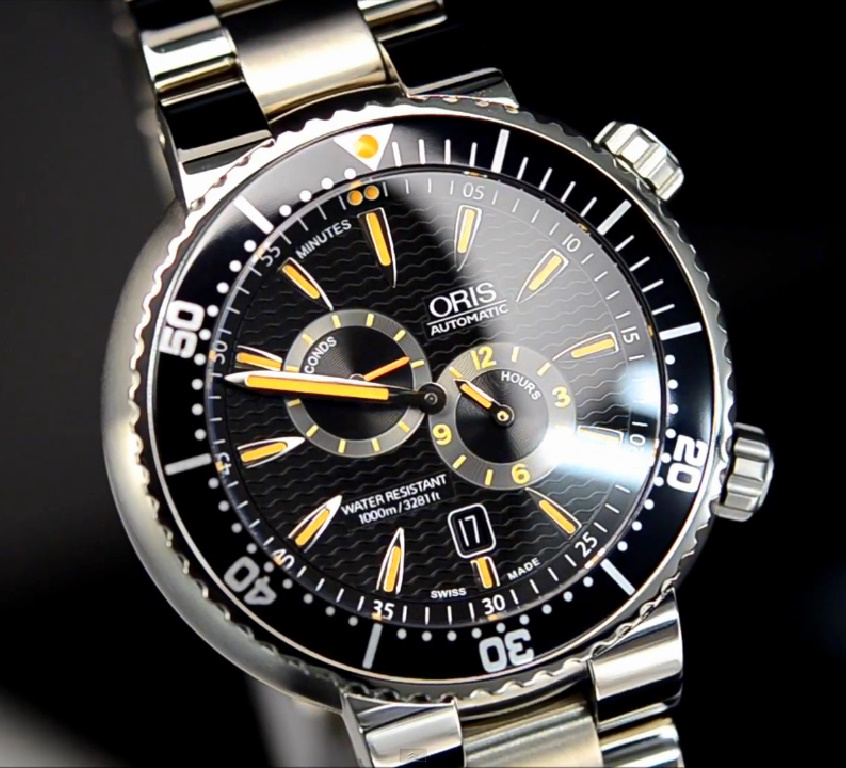