Victorinox Brand Review By Alexander – Founder and Owner of swissdiverswatches.com

A Review of Victorinox’s history 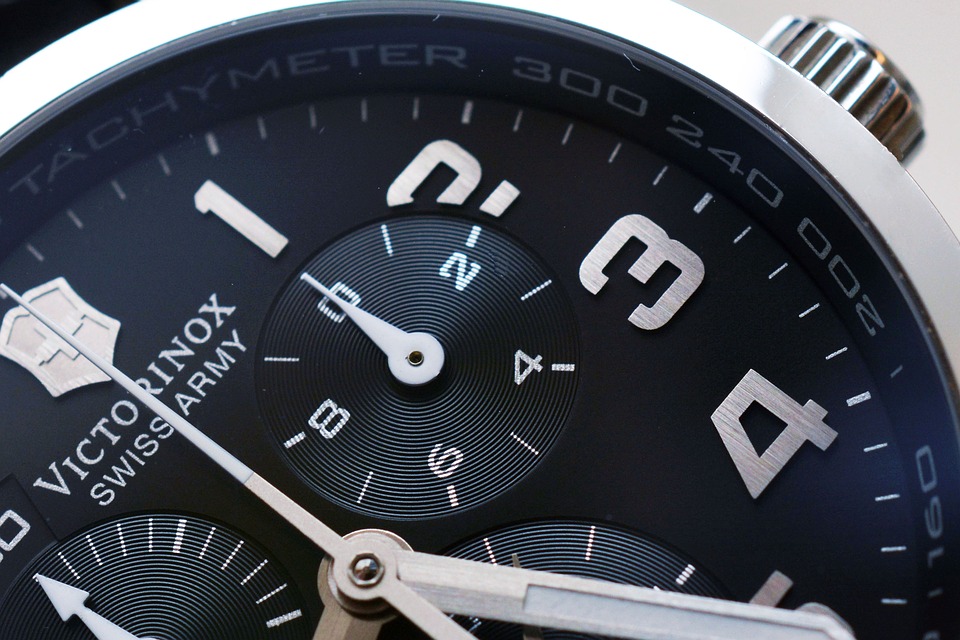 Victorinox was founded by Karl Elsener in 1884, in the city of Ibach, in the Canton of Schwyz, in Switzerland. The brand is an independent family owned company.

The original commercial idea of Victorinox was to manufacture high quality pocket knives for the Swiss army. It wasn’t until 1989, that Victorinox launched its first watches.

In 1884, Karl Elsener opened his cutler’s business in the city of Ibach, in the Canton of Schwyz, in Switzerland. Previously, he was a journeyman in Paris and in the southern German town of Tuttlingen.

In 1891, Victorinox started its great tradition of supplying the Swiss Army with Victorinox soldier’s knives.

In 1897, the Swiss company patented the Swiss Officer’s Knife and the Sports Knife.

In 1909, the Swiss manufacturer established its company symbol or logo – the famous Swiss cross on a shield.

In 1909, Karl Elsener’s mother Victoria, died, and he decided to name his company after her. In 1909, the brand became known as Victoria.

In 1921, the brand got its famous name – Victorinox. In 1921, stainless steel or “inox” was invented. Karl Elsener combined “inox” with “Victoria” and thusly the name Victorinox was officially born.

In 1945, after World War 2, stores and shops of the US Army, Marines and Air Force, started to sell a considerable amount of the Swiss Officer’s Knives. The American soldiers called it “Swiss Army Knife”. From this year on, the whole English-speaking world adopted this term.

In 1980, Victorinox greatly expanded as a company: there was a dramatic increase in manufacturing, storage and office space.

In 1989, the company launched for the first time Victorinox/Swiss Army watches in the USA. From this year and onwards, Victorinox has been associated not only with manufacturing high quality pocket knives, but also affordable high quality Swiss watches, of exceptional accuracy, reliability and shock resistance.

In 1992, the manufacturer opened a subsidiary in Japan and during the 1990s, Victorinox opened additional subsidiaries in Chile, Vietnam, Poland, Mexico, Brazil and Hong Kong.

In 1999, the brand launched its travel gear products.

In 2001, Victorinox launched a business and leisure clothing collection specifically for the American and Canadian market.

In 2006, the Swiss company moved its manufacture to Porrentruy.

In 2007, the company officially established the Victorinox Swiss Army Fragrance AG which offers fragrances and perfumes.

In 2008, Victorinox opened its first European flagship store in London.

A Review of Victorinox’s mission

Victorinox’s mission is to offer you affordable, practical, reliable, accurate, elegant, robust and versatile Swiss quality watches that can be used for any, and every occasion.

Victorinox isn’t a watchmaker in the ordinary sense, since the original idea of the brand was to make pocket knives for the Swiss army.

A Review of Victorinox’s manufacture

According to the manufacturer’s philosophy, Victorinox watches must go through the very same demanding and exacting high quality manufacturing methods, and quality controls, that are employed to manufacture the brand’s world famous Swiss Army Knife.

The highest level of engineering is being used when manufacturing Victorinox watches, and their watches are known to be extremely shock resistant and extremely accurate – the accuracy is equivalent to a fraction of a second!

Besides the accuracy, Victorinox watches are known for their rugged quality, reliability, durability and affordability.

Victorinox isn’t a watchmaker in the ordinary sense since the original idea of the Victorinox brand was to offer high quality pocket knives for the Swiss army, while today, the company offers a plethora of products: Swiss Army Knives, Swiss watches, fragrances, clothing, travel gear and kitchen knives.

What characterizes Victorinox’s manufacture of their highly coveted quality products is that they use meticulous, exacting and demanding quality controls and quality inspections.

A Review of Victorinox’s movements 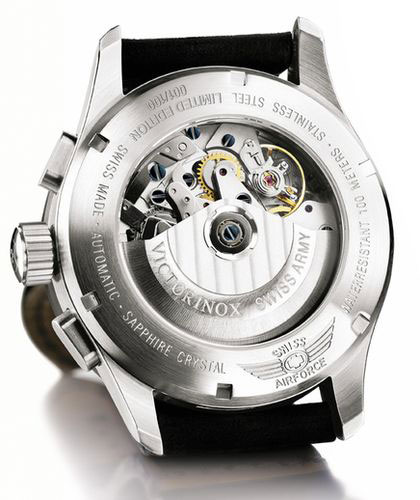 When I review Swiss wristwatch brands, I usually make a list of all the relevant collections within the brand and the technical specifics of the movements. Since almost all Victorinox watches are quartz/battery driven, I’ll use a slightly different approach:

A Review of Victorinox’s reputation

The Swiss army is famous for wearing Victorinox watches in their service. Victorinox is first and foremost famous for its legendary Swiss Army Knife.

Victorinox was founded by Karl Elsener in 1884, and the original idea of the brand was to manufacture high quality pocket knives for the Swiss army. It wasn’t until 1989 that Victorinox/Swiss Army launched their Victorinox watches.

Victorinox is available at retailers across the globe, and offers not only Swiss watches and Swiss Army Knives, but also clothing, travel gear, fragrances and kitchen knives.

As far as ranking is concerned, I’d say Victorinox belongs to the top 30-40 brands of the world.

Victorinox is the prime example of affordable and extremely robust Swiss quality watches. This brand offers you a reliable companion for life which you can use for any and every occasion.

Victorinox watches are characterized by the fact that they are:

On the other hand, Victorinox offers almost exclusively highly accurate quartz/battery driven watches, and the brand can offer you several chronographs, divers watches and military watches.

What is the purpose of Victorinox watches?

To offer simple, elegant, classy tool watches – reliable companions for life. Victorinox watches are known to be very durable. Victorinox isn’t about technical virtuosity, higher watchmaking or aesthetically appealing decorations. Victorinox offers you the bare essentials in a practical and super robust watch. Victorinox is about practicality, usability and reliability – that’s what it’s built for.

What are Victorinox watches primarily associated with?

Since Victorinox is first and foremost famous for its legendary Swiss Army Knife, you’ll find instances where a Swiss Army Knife will accompany your Victorinox watch in the watch box. Not always – it depends on the model really. If you have always wanted a Swiss Army Knife and a reliable robust high quality Swiss watch – this is it – that’s the brand you should take a look at!

If you’re opting for the more expensive Victorinox models, they might in fact be comparable to Tissot, Certina, Longines or TAG Heuer. The reason I say that is because the higher end Victorinox watches use similar Swiss automatic ETA movements: the ETA 2824-2, and the Valjoux 7750.

If you’re opting for the more affordable Victorinox models: You could use the lower end Victorinox watches as beater watches. You see if you are interested in intermediate Swiss luxury brands, such as Oris, Alpina, Longines and TAG Heuer, or higher end brands such as Rolex, Omega or IWC, you probably should have a beater watch in your collection such as Victorinox – just to make sure that you won’t ruin your favorite luxury timepiece.

As a lower end luxury watch and beater watch, you can’t go wrong with Victorinox!

If you are considering a higher end brand, I strongly recommend you to add a Swiss beater watch such as Victorinox to your collection, because even if you’ll ruin your Victorinox, you can still keep your expensive timepiece safe and out of harm’s way. A Victorinox is easily replacable, while Rolex, Omega and Breitling, for example, aren’t.

A Review of Victorinox’s ranking

Victorinox offers affordable, and robust high quality Swiss watches. You could potentially consider them to be lower end luxury watches or beater watches – or a combination of the two. 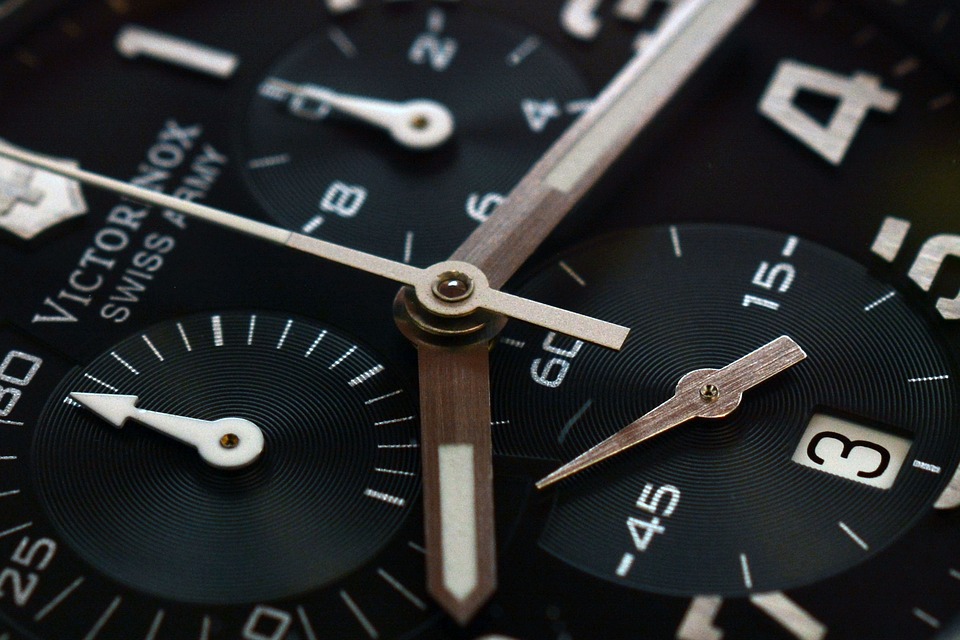