Patek Philippe – A Member Of The Holy Trinity

A Review of Patek Philippe’s history 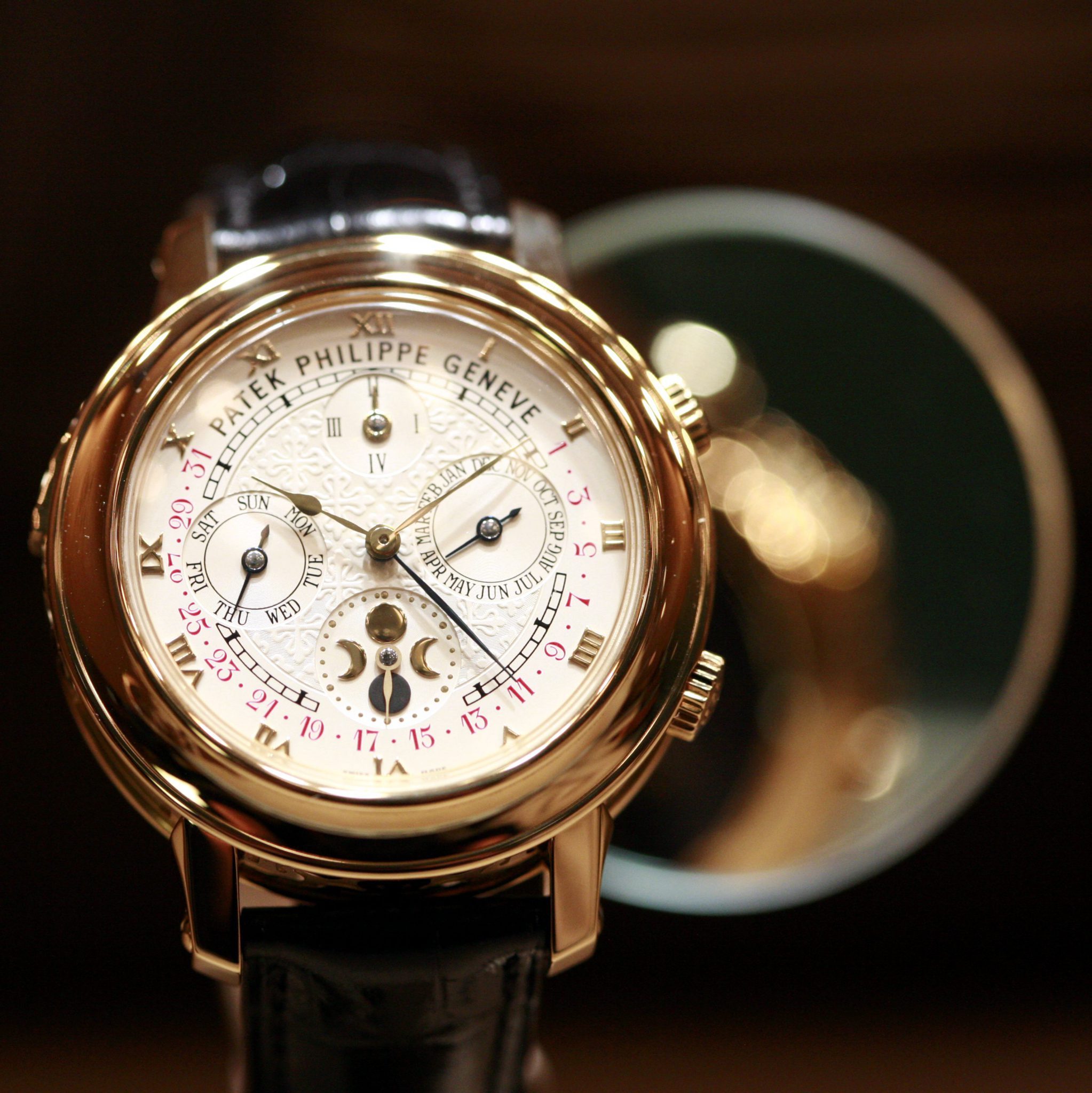 In 1839, Antoine Norbert de Patek, and Francois Czapek, established Patek, Czapek & Cie. which was the forerunner of Patek Philippe. They established the watch manufacturer in Geneva, Switzerland, where it’s located even today.

In 1839, the Polishman Antoine Norbert de Patek, and the Czech Francois Czapek, established Patek, Czapek & Cie. which was the forerunner of Patek Philippe, in Geneva, Switzerland.

In 1839, Patek sold a royal pendant watch to the Russian Princess Zubów.

The same year, in 1845, the company produced its first keyless pocket watch.

In 1850, the Grand Duchess Catherine of Russia, purchased a watch from Patek.

In 1851, the company was renamed Patek Philippe & Cie.

In 1851, Patek Philippe displayed what was then the smallest pocket watch ever made. The watch was displayed at the Great Exhibition in London.

Between 1854 and 1858, the brand expanded its market presence in Europe, Russia and the United States.

In 1863, the luxury watch brand released its first pocket watch equipped with a tourbillon.

In 1865, the Queen of Portugal, Maria Pia, purchased her first Royal Watch from Patek Philippe.

In 1868, the watchmaker supposedly produced the world’s very first Swiss wristwatch. It was sold to Countess Koscewicz of Hungary. However, Breguet, a competitor, maintains they sold their very first wristwatch to the Queen of Naples – Caroline Murat, in 1812.

In 1880, the luxury watch manufacturer won the first prize with a pocket chronometer, at the Astronomical Observatory of Geneva, in Switzerland.

In 1881, the company was awarded a patent for a precision regulator system.

In 1884, the luxury brand was awarded additional prizes at the Astronomical Observatory of Geneva, in Switzerland.

In 1889, the watch producer was awarded a patent for their perpetual calendar mechanism which was used in pocket watches.

Between 1895 and 1897, the company created pocket watches with highly complicated movements.

Below: An example of a Patek Philippe pocket watch: 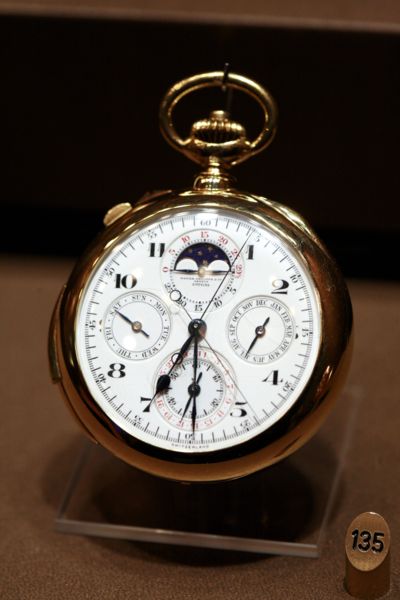 In 1902, the luxury watch producer was granted a patent for its very first double chronograph watch.

In 1904, the company was awarded a patent for an ultra-thin watch movement.

In 1907, Patek Philippe was awarded several chronometer prizes at the Kew-Teddington Observatory, in London, United Kingdom.

The year of 1910, was a special year in the world of watchmaking. Patek Philippe released its world famous pocket watch with several complications, referred to as a “supercomplication”. The pocket watch is called “Duke of Regla”.

In 1924, the brand released its first minute-repeating wristwatch.

In 1925, the watch manufacturer presented to the world, the first wristwatch with a perpetual calendar.

In 1932, Patek Philippe was purchased by two investors, and brothers, called Jean and Charles Stern.

In 1932, the luxury brand created its first Calatrava model. 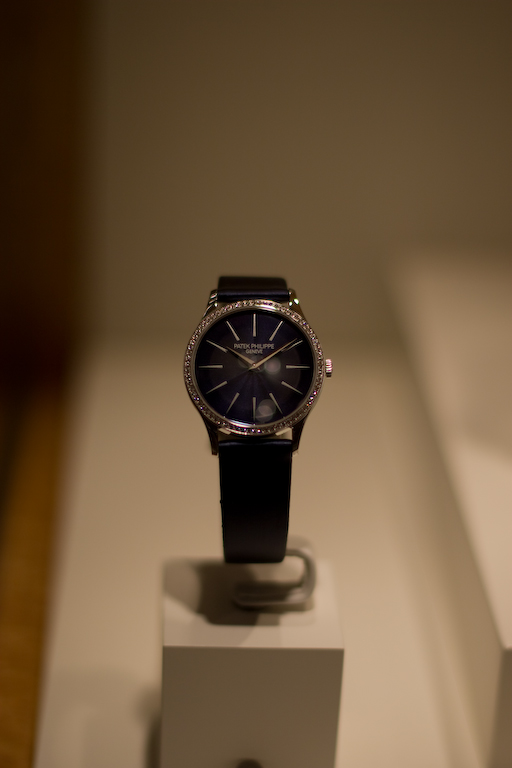 In 1939, the company won the first prize for its chronometer watch with a tourbillon. Patek Philippe won the prize at Kew-Teddington Observatory, in London, United Kingdom.

In 1941, the luxury brand presented to the world the very first wristwatch with a perpetual calendar and a chronograph.

In 1944, Patek Philippe was awarded several first prizes for precision, at the Astronomical Observatory of Geneva, Switzerland.

In 1953, the legendary watch manufacturer released its first self-winding/automatic wristwatch. Patek Philippe was awarded patents for those movements.

In 1958, Jean Pfister, President of Patek Philippe, was succeeded by Henri Stern.

In 1968, the company released the Golden Elipse Collection.

In 1977, Philippe Stern became the Managing Director of Patek Philippe.

In 1989, the luxury watch manufacturer from Geneva, released the then most complicated wristwatch in the world.

In 1993, Philippe Stern became the President of Patek Philippe.

In 1993, the luxury brand launched the Gondolo Collection.

In 2001, the Patek Philippe Museum Geneva was opened to the public.

In 2005, the company released the thinnest split-seconds chronograph movement in the world.

A Review of Patek Philippe’s mission 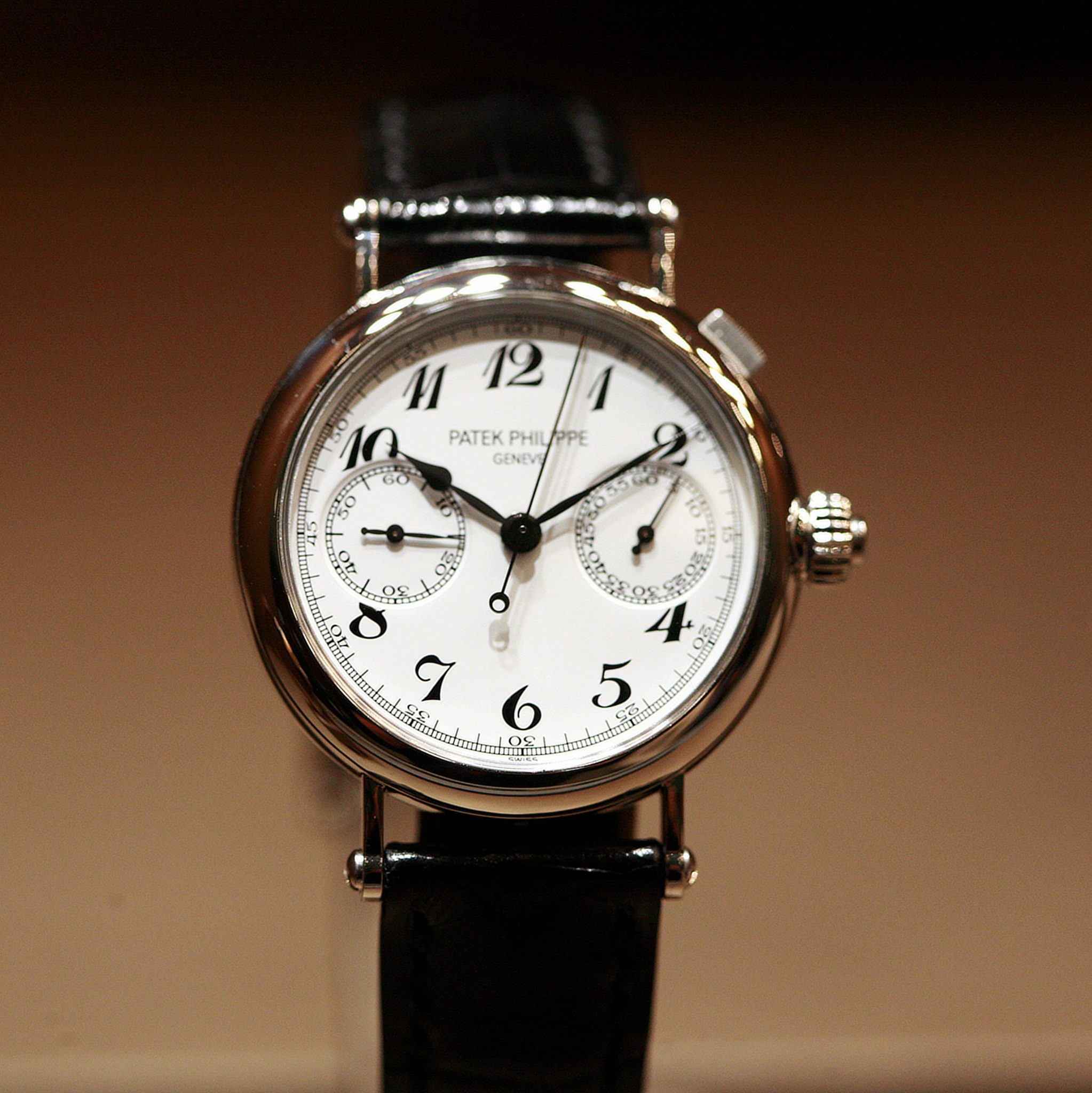 Patek Philippe is an independent family owned Swiss watchmaker, dedicated and committed to the vision of producing the finest luxury timepieces in the world, with an unmatched workmanship and quality.

This extreme luxury wristwatch brand, is defined by words such as fine handicraft, workmanship and quality.

The company’s watches are manufactured by hand, by master artisans and watchmakers, on an extremely limited scale. Almost every single Patek Philippe watch, if not every single one, is a collectible timepiece.

Patek Philippe timepieces are meant for the connoisseurs and the collectors – the brand is not meant for mass production and mass consumption,

Patek Philippe timepieces are very rare even in comparison to other prestigious Swiss luxury watchmakers.

A Review of Patek Philippe’s manufacture 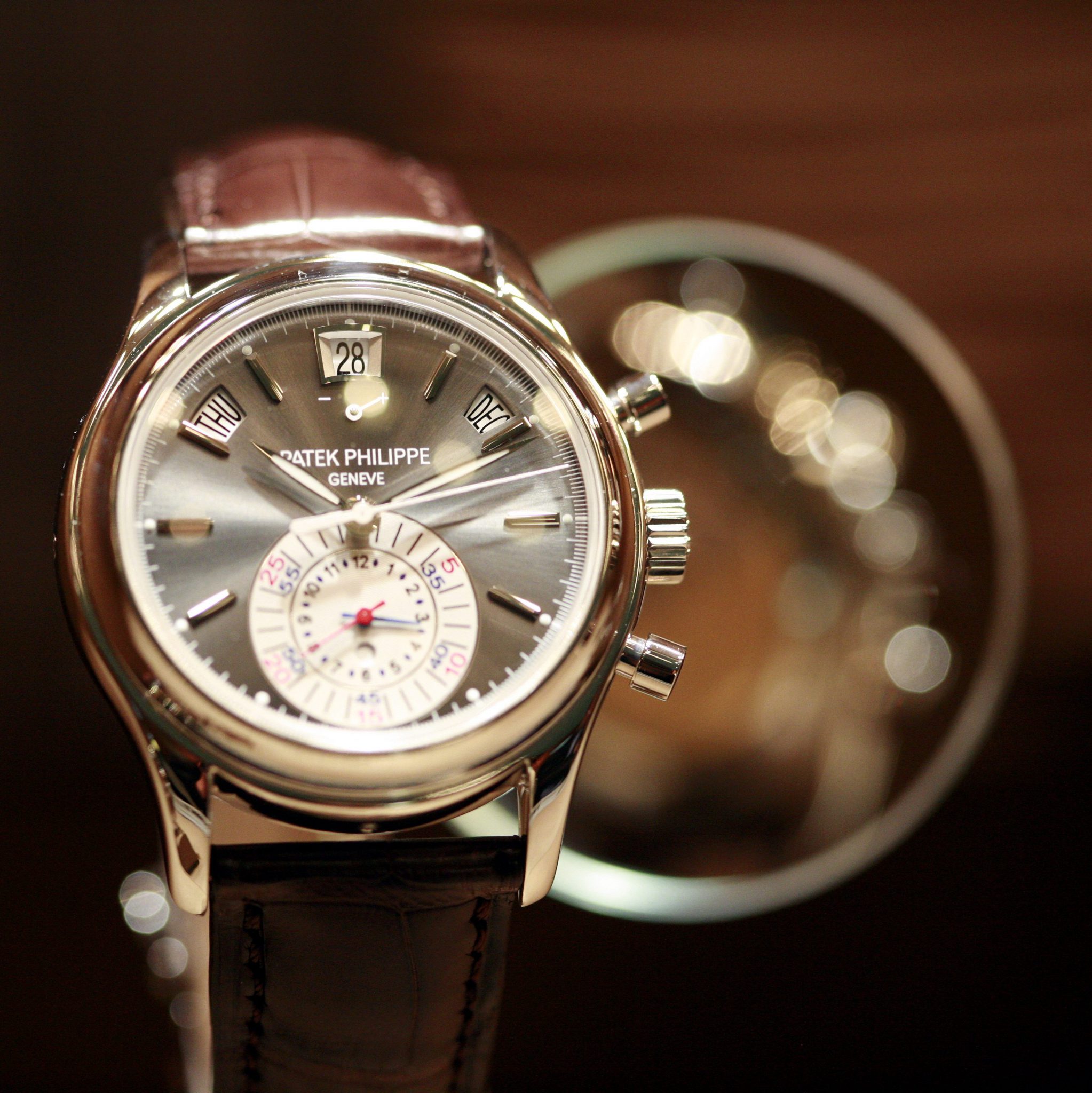 Patek Philippe is one of very few independent and family owned Swiss luxury watch manufacturers left, and this independence gives Patek Philippe the freedom to set their own standards and fully use their creative potential.

Patek Philippe’s history is a testament to the technical virtuosity and excellence of the Geneva based Swiss watch manufacturer.

Patek Philippe invents, conceives, develops and manufactures their in-house movements according to their own criteria.

The luxury watch manufacturer, applies rigorous and demanding standards to the developing and manufacturing process.

Patek Philippe is an innovative brand which has filed over 80 patents.

Patek Philippe’s watches are very rare and handmade – the most basic timepieces take 9 months to manufacture! Each and every Patek Philippe timepiece is a unique and precious creation.

The luxury company manufactures each and every timepiece by hand for connoisseurs. Their watches aren’t mean for mass production and mass consumption.

Patek Philippe doesn’t follow the whims and fashions of the luxury watch market. The aesthetics of the brand’s design is usually timeless – their watches have an aristocratic and elegant feel to them.

A Review of Patek Philippe’s movements 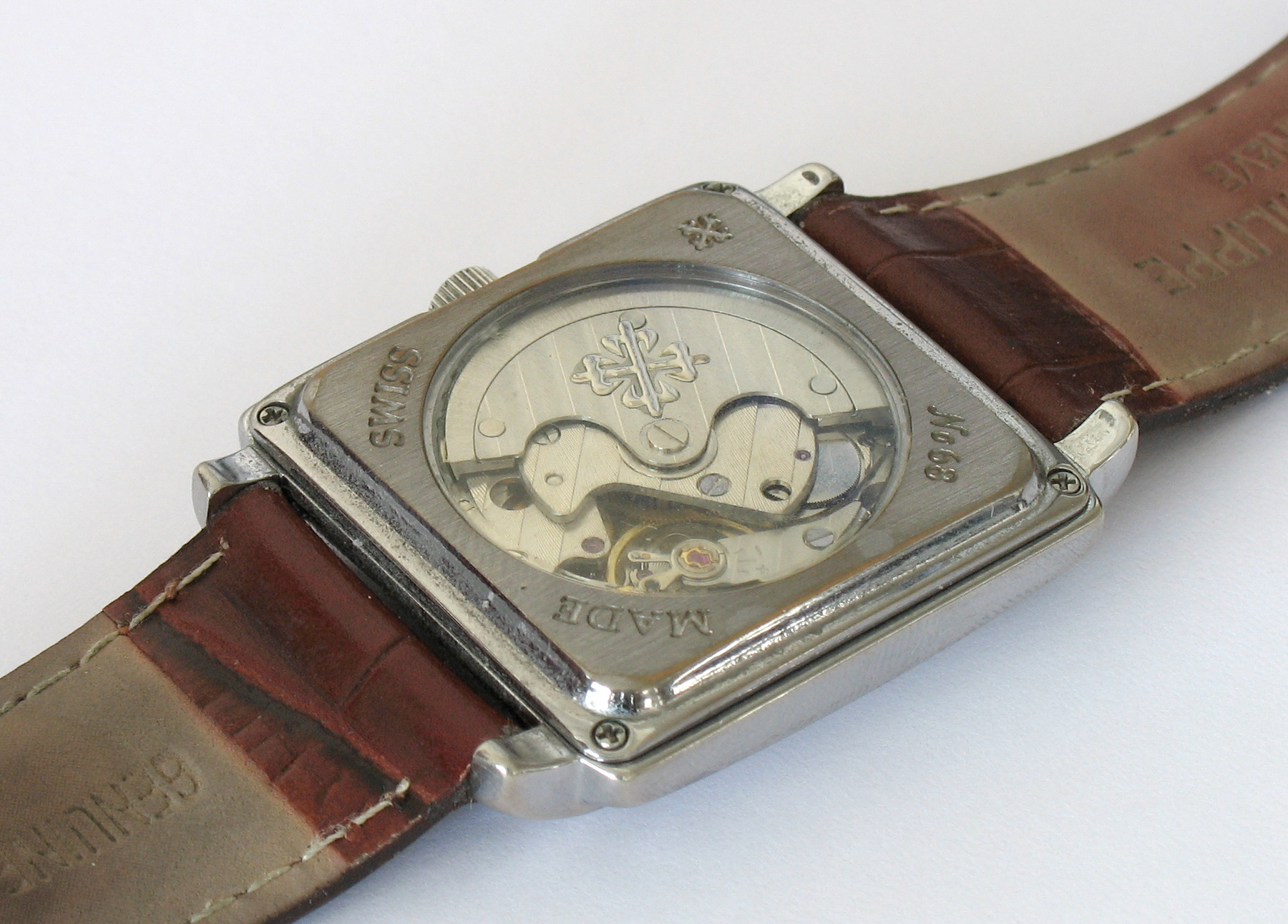 Patek Philippe manufactures their own movements, and relies entirely on their movements, which makes the brand a member of an exclusive club of Swiss watchmakers.

A Review of Patek Philippe’s reputation

Most likely, Patek Philippe is the nr 1 luxury brand in the world in terms of prestige, luxury, and price range. Indeed their prices are very high – even by luxury watch standards! 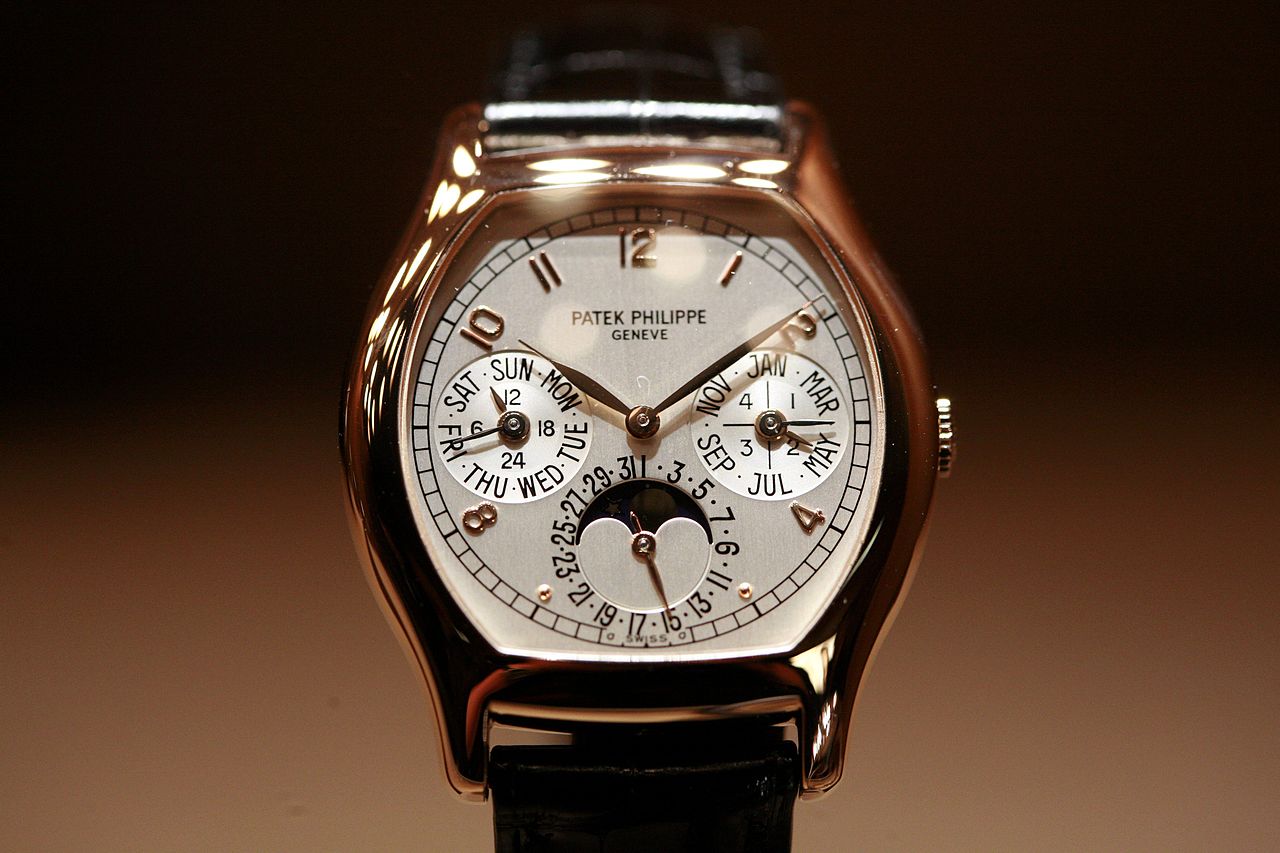 Patek Philippe is a member of “The Holy Trinity” of luxury watch brands – the three most prestigious luxury wristwatch brands in the world!

Believe it or not, but it takes Patek Philippe 9 months to just manufacture the most basic timepieces. All their watches are handmade by master artisans and watchmakers.

Patek Philippe has an old history – it started back in 1839 in Geneva, Switzerland. 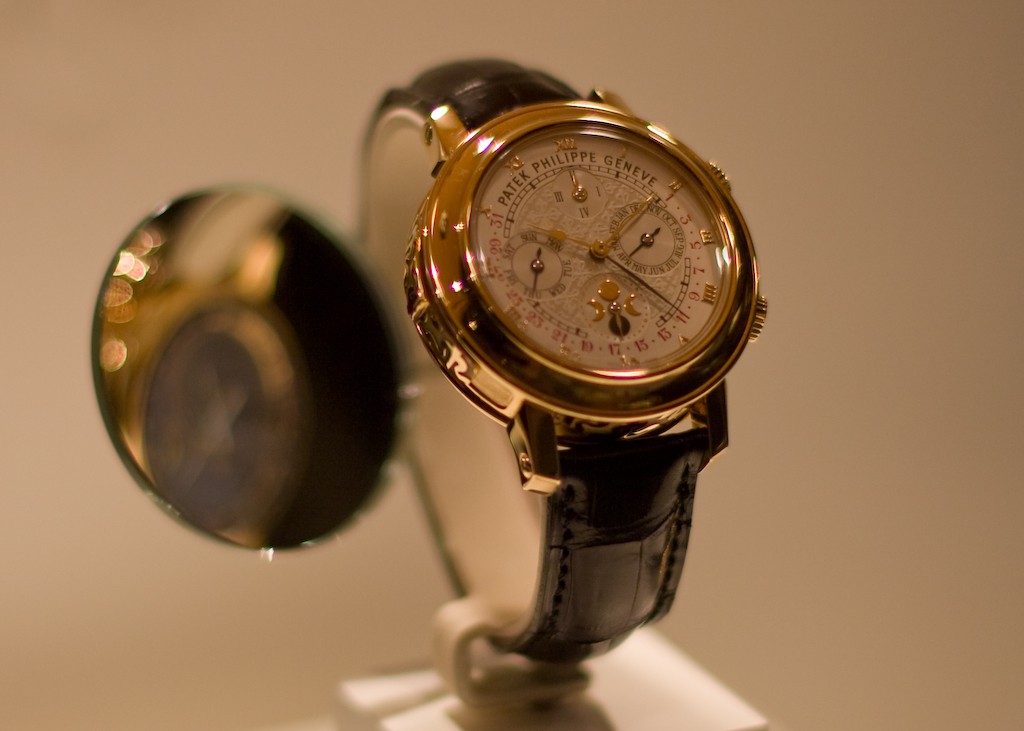 It’s debatable, whether it’s Patek Philippe, Audemars Piguet or Vacheron Constantin (all members of the “Holy Trinity”) that should be ranked as “the nr 1 brand”. However it is no doubt a fact, that Patek Philippe is consistently ranked as “nr 1”. This however, is not my personal ranking or opinion. 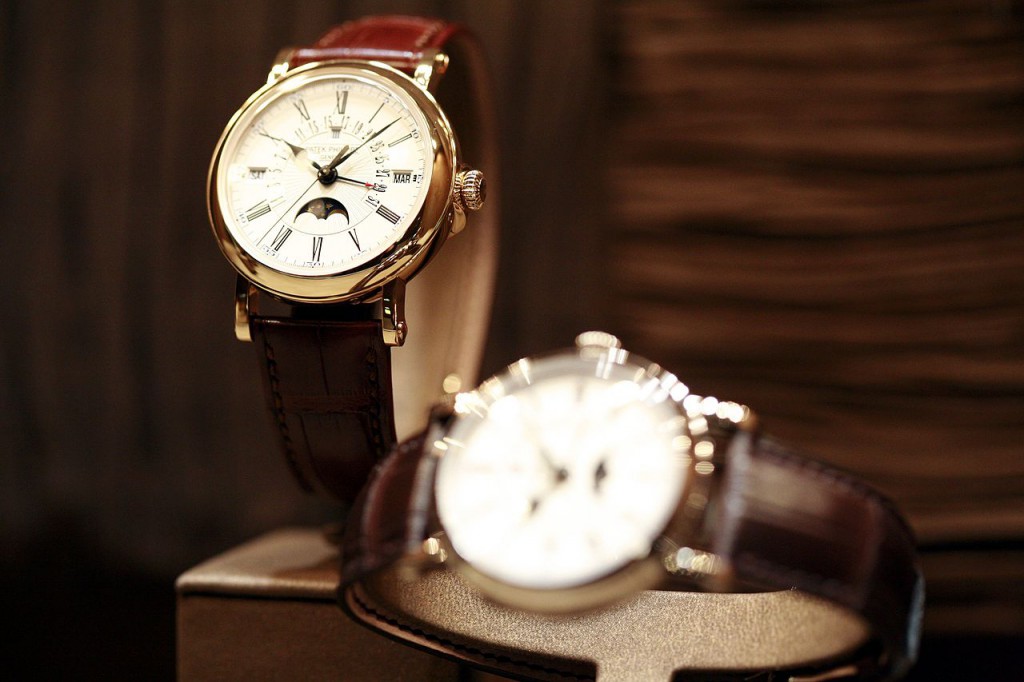 But many people do ask (and rightly so – considering the prices!): “What’s so special about Patek Philippe?” There are many reasons:

Patek Philippe is expensive because:

The price, the prestige and the luxury of Patek Philippe (and Audemars Piguet and Vacheron Constantin) do not imply that their movements are necessarily “better” – that is more accurate, reliable, durable, servicable or robust. 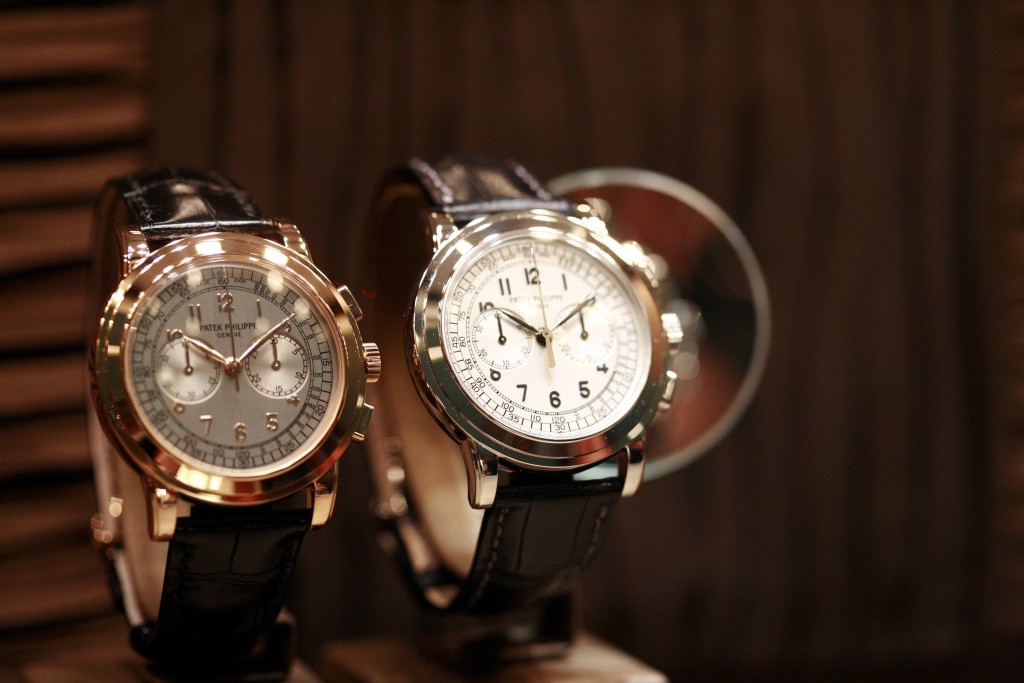 Even a $200 Tissot equipped with a quartz/battery movement, is more accurate than any Patek Philippe, Rolex, Audemars Piguet, Omega, IWC or Breitling out there. Of course, the accuracy involves just a few seconds – say 2-5 seconds a day. There is a difference but it’s still negligible for daily use.

Chances are that the automatic movements of Rolex, Omega and Breitling are equally accurate, well built and reliable – and most likely more robust and durable than Patek Philippe. The higher premium price reflects the art of handmade watches on a very limited scale. It’s ultimately a question of manufacturing costs, in-warranty service (more things can go wrong with mechanical/automatic movements) that is being factored into the premium price, large demand and small supply and precious materials.

Ultimately, you would purchase a Patek Philippe, because it’s a handmade luxury watch, and an exquisitely made piece of artisanship and art, which you can enjoy wearing on your wrist.

If you are collector, an enthusiast or if you have a slight streak of snobbery, Patek Philippe is the ultimate King of Luxury – it’s the luxury watch world’s equivalence to Rolls Royce – no expenses seem to be too great!

On a personal note: I deeply respect Patek Philippe, but I have to admit that Patek Philippe is not my favorite brand. Their movements are exquisitely decorated, the manufacturer is a master of complications and Grande Complications, but the watch design, the shape of the case, is in my opinion, rather colorless, insipid, undistinguished and quite frankly – boring. This is however my personal opinion. There are many people across the globe that would disagree with me on that!

This brand is a prime example of what collectors of luxury wristwatches are looking for! The downside of course is its price – Patek Philippe watches are extremely expensive! But Patek Philippe is no doubt, the King of Luxury!

What kind of person would most likely wear a Patek Philippe? Usually a very elegant and sophisticated person that appreciates an understated discreet elegance.

A Review of Patek Philippe’s ranking

My ranking of Patek Philippe: 1st. 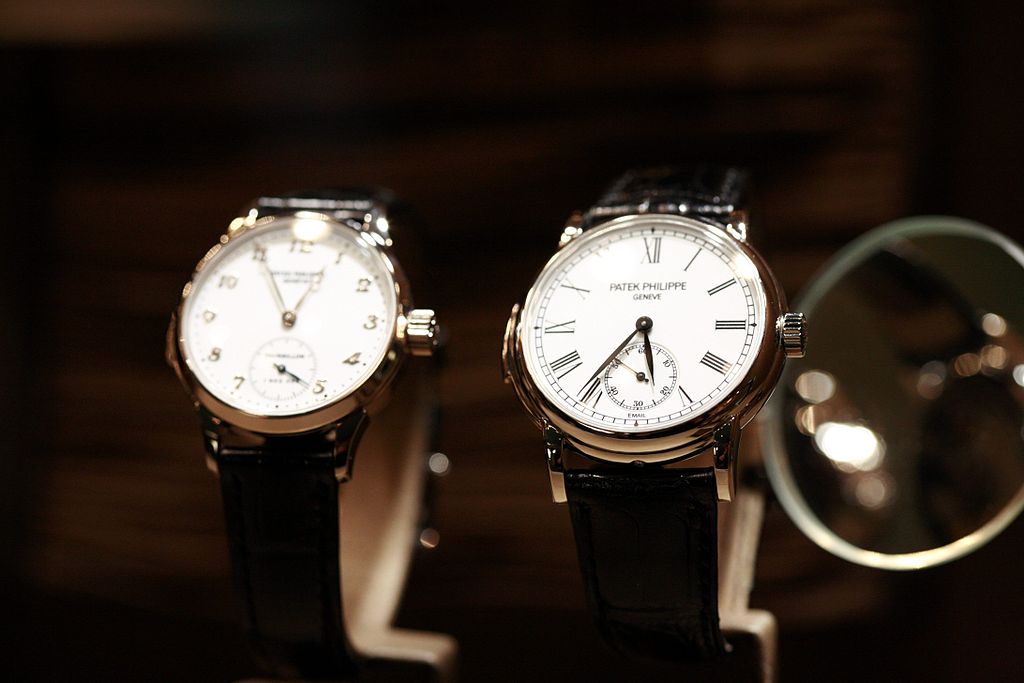 Please keep in mind that some of the Aquanaut and Nautilus watches have merely a 196 feet/60 meter water resistance which is well below the minimum requirement for divers watches – which is 330 feet/100 meters.